Last month, I had to organize one of my best friends’ baby shower and she gave me a real challenge! She didn't want me to spend money on decorations, so that left me with no other choice but think about cool DIY ideas. Have I mentioned the theme was robots? 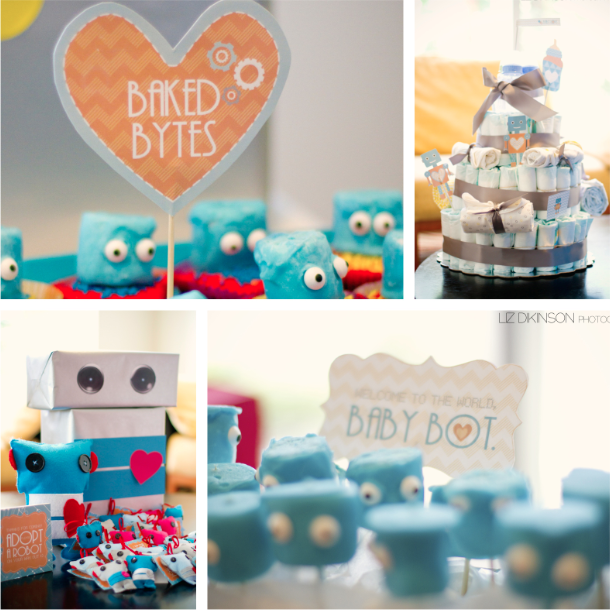 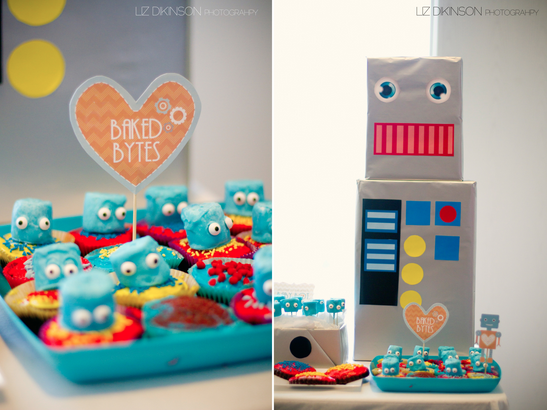 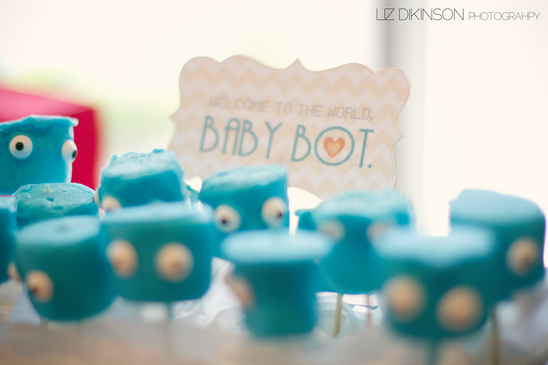 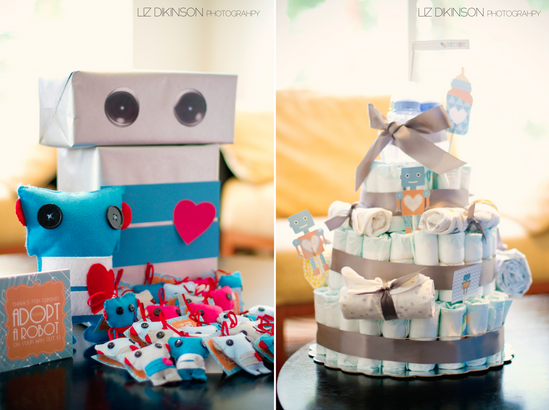 So, what do you need to create a DIY Baby Bot Shower?

1. Printables: I started looking for ideas and I was so lucky to find the Hostess with the Mostess® blog. They have thousands of ideas for baby showers and kids birthdays. Trust me, you are going to spend hours looking at their pictures. And of course, they had a Robot themed baby shower. The best part is they have free printables that you can download, check them out here.


2. Big Robots: They're so easy! You just need cardboard boxes and grey gift wrap. You can create the eyes, buttons and stripes, just make colorful shapes, print them and use glue to stick them to the robot.


3. Guest Favors: I made little stuffed robots. These will take you time but everybody will go crazy over them. And believe me, you don't need sewing skills. What you do need is felt, little buttons and cushion filling. Every part of the robot needs to be sewed, even the buttons. I also made a little label which had one of the free printables I found at Hostess with the Mostess® on one side and the name of the baby on the other side. 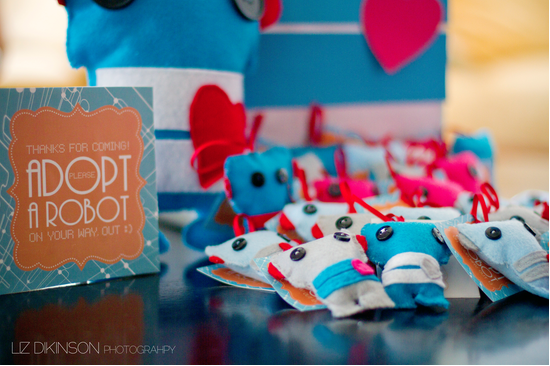 4. Sweets: Cake Pops are awesome but remember... this was a DIY challenge. So if you don't want to spend money you can do cool robot heads with marshmallows. I also bought blue chocolate at Party City and eye candies at Michael's. Melt the chocolate, dip the marshmallow and put it upside down until it's cold. Don't put them in the freezer! 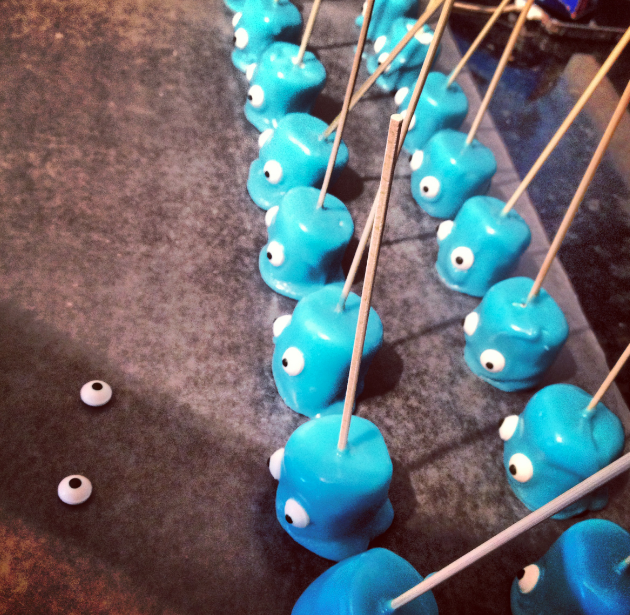 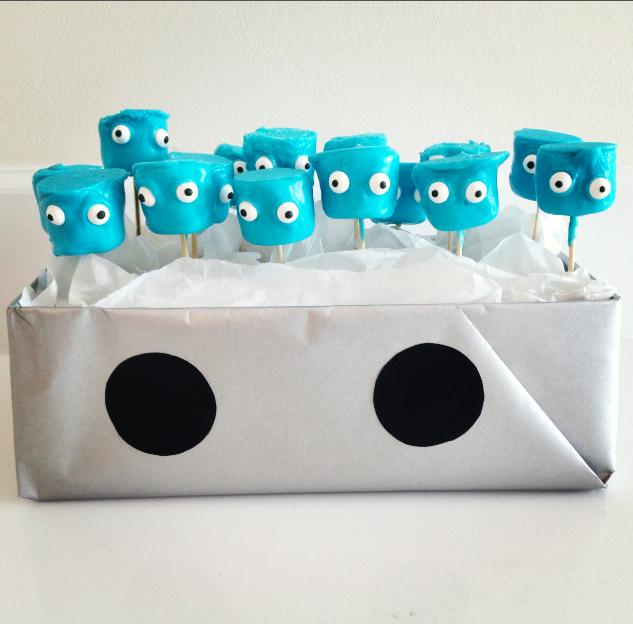 5. Photo BOT: And finally if you to make kids and adults happy... give them something they can take pictures with! I created a Robot Photo Booth. With a couple of cardboard boxes you can make these robot heads! 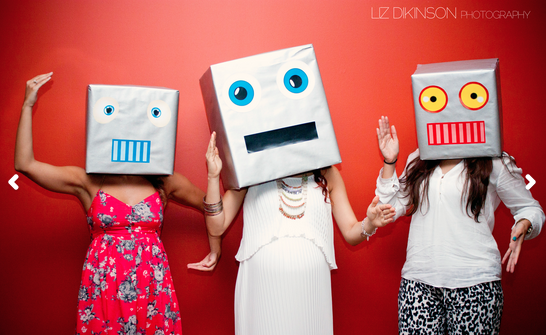 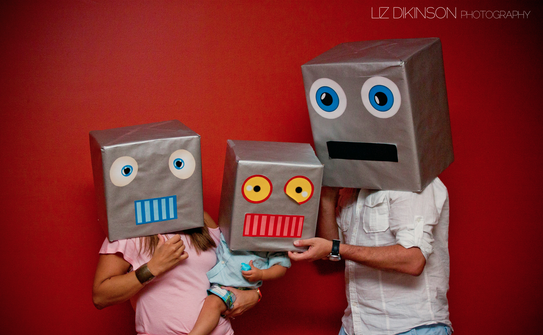 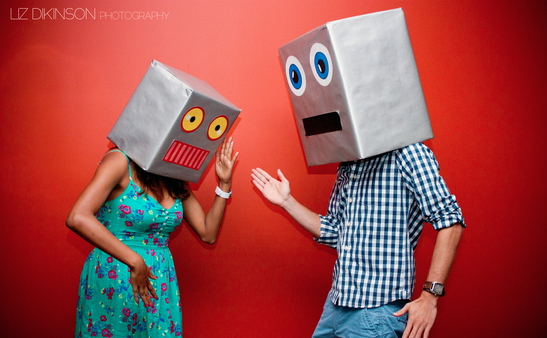 And if you happen to have a friend who is as amazing a photographer as Liz Dikinson, you'll have pics as cool as these. 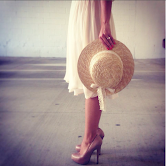 Les Cool Petites is a blog for those who love decoration, fashion and crafts for the little ones. You’ll find lots of ideas and inspiration. It’s written by Beatriz, a creative copywriter who loves classy style.